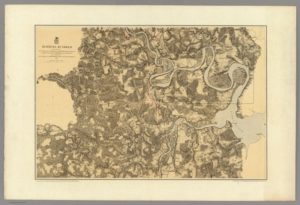 The area surrounding the DuPont Teijin Films global headquarters is known as Bermuda Hundred, a peninsula located at the confluence of the James and Appomattox rivers. Bermuda Hundred was settled in 1613, but archeological findings suggest it was populated for thousands of years by Native Americans. Stone tools, pottery and remains of houses have been unearthed, evidence of prehistoric camps all along the peninsula.Bermuda Hundred became a primary settlement of the Virginia colony. It was the first town in America to be incorporated, and the first to offer private land ownership. By the late 1600s, Bermuda Hundred was an important trade center boasting private homes, churches, taverns and warehouses. During the 1700s, Bermuda Hundred housed one of Virginia’s largest plantations, Presquile, within which was the family home of colonist John Archer. The Archer family cemetery is located in the northeast corner of our property, and DuPont Teijin Films protects and maintains it to this day. 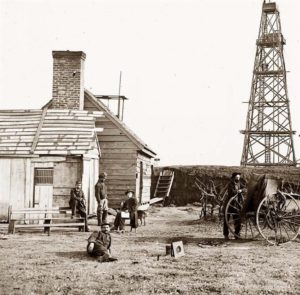 After the Civil War, during which Union troops used the area as an encampment, Bermuda Hundred prospered as a rail terminal, and steamships stopped here while providing passenger service along the East Coast. In 1914, DuPont built a dynamite factory in an area called Hopewell Farm. The town was incorporated as the city of Hopewell in 1916. In 1969, Imperial Chemical Industries purchased the land on which the Hopewell plant sits today. DuPont acquired the site in 1998, two years before that company and Teijin established DuPont Teijin Films. In 2008, global oversight of DuPont Teijin Films was consolidated here in Hopewell—the latest distinction for an area rich in historic significance.

From the founding of DuPont…through the introduction of Mylar®…to the launch of DuPont Teijin Films…experience the history of innovation that continues to inspire us at our Heritage Timeline.